When I began 2019, I promised myself to work hard. Work as hard as I could and promised myself to do it for as long as I could. I did my best at everything. Be it work, making a sandwich or even helping someone. It was a decision I consciously took and for the first time in my life and I did it for someone else. Why someone else? Because I wanted to be worthy enough of people’s time. It is such a complex thing to say. We often weave a web of lies everyday to convince ourselves that we are working towards our goals but we don’t. We don’t because it is easy to fool ourselves.

I tried to put my best, often risking myself for both a physical and emotional breakdown.

Was it worth it? Absolutely. Would I do it again? Definitely.

Just don’t ask me why.

I went to Canada in December last year. It was a culminating odyssey for a year that celebrated my dedication towards my life. Going to Canada was because of the reason that I did not want to leave my life to chance encounters and destiny anymore. I wanted to make things happen. It is often said that if you want something, you should go after it. I spent a lot of time in working for it and getting it to materialise. Despite of all the lies that I have been spreading across the environment, the real reason why I went there was to chase the love of my life. A decision I took within the second she flew out of the country and I missed my flight from Leh due to poor weather.

Was I chasing her or chasing the voices of my heart? I tell myself that they’re the same.

It was beautiful time. I fought, made up, cooked and cleaned, watched a guy playing his guitar post midnight, irritated a baby, walked across the amazing bustle of a suburban street, bought souvenirs, took solitary walks and in the end cried like a baby at the airport.

I walked into this year with a decision now to not just work hard, but to channelise my energies into being honest. Honest to the organisation I work for, honest to my relationships and more importantly honest to myself. No matter what the consequences could mean. This is going to be worse than any of my previous endeavours because contrary to what people say, being truthful is one of the most difficult things in the world. Saying exactly how one feels is a dangerous ordeal.

What made me pick this resolution was the fact that I have manifested a new life for myself. A life where I am accomplished in all my piddly materialistic ambitions. A life where I am unburdened and can sleep horizontally to snore than to run away from realities.

I want to write more. Write to be well understood. 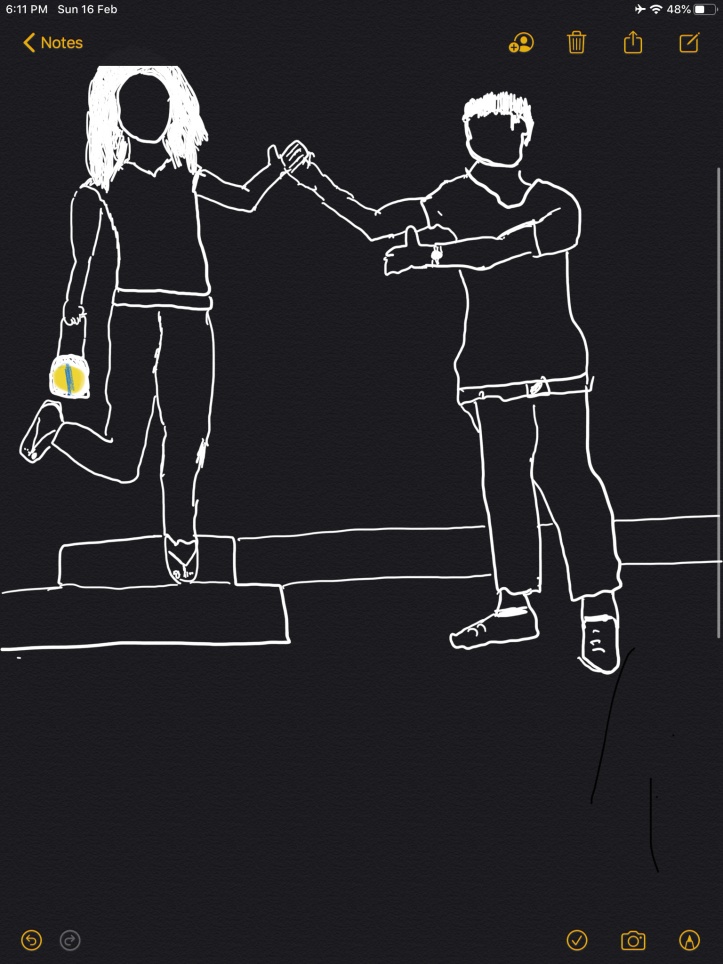